Had Mkhitaryan been among Ukrainian club players, everything would have been different – retired ex-USSR international 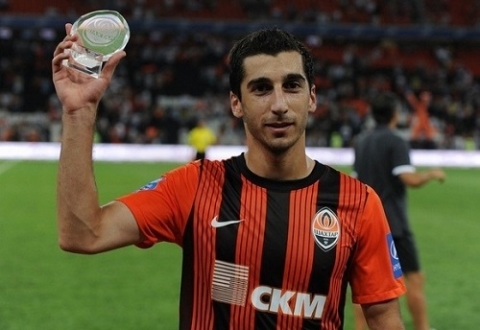 I believe Ukraine’s FC Shakhtar Donetsk was unlucky on Monday because the team could not convert numerous chances to score, stated Igor Belanov, a retired Soviet and Ukrainian footballer who also played for FC Dynamo Kyiv of Ukraine.

The ex-player commented on Dynamo Kyiv’s games in the United Tournament.

“If [Armenian national squad and Shakhtar midfielder] Henrikh Mkhitaryan, the top scorer of the Ukrainian [Premier] League, had been among the Shakhtar team, everything would have been different. At any rate, it is interesting to see the game of the Shakhtar newcomers,” Sport-express.ua quotes Belanov as saying.

To note, the current leaders of the aforementioned tournament are FC Dynamo Kyiv and FC Shakhtar Donetsk, with 6 and 4 points, respectively.

As NEWS.am Sport informed earlier, England’s Liverpool F.C. and Tottenham Hotspur F.C. plus Borussia Dortmund of Germany are interested in the services of Henrikh Mkhitaryan.