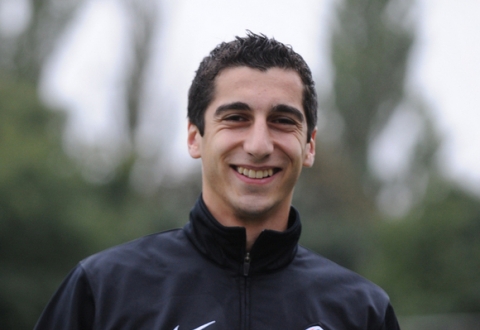 “You can’t imagine how much I would have wanted for him to see my game. If my father were to be at my side, many problems would have been resolved in a much more simple way; [here] I’m not even speaking about professional advice. I was only seven years old when he passed away. But all the people who saw him [play] say we practically run and strike [a ball] in the same way. So, a great part of my qualities has come from my father’s genes,” the Armenian national squad’s midfielder noted.

Also, Henrikh Mkhitaryan spoke about the role of money in his life.

“I was particularly happy with my first salary I received at [Armenian capital city Yerevan’s FC] Pyunik, at the age of fifteen. [But] Money is not the most important thing in life. I do not live to earn money, I earn [money] to live,” Mkhitaryan noted.