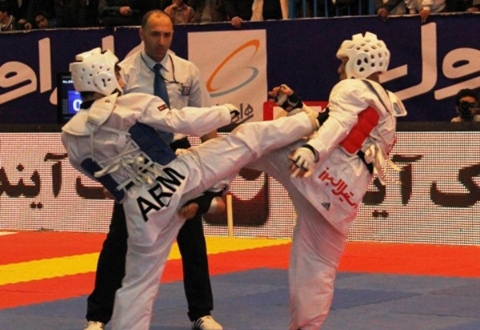 Armenian national taekwondo team finished third at the Class A tournament in Tehran, which was held December 22-23.

Print    |  Հայերեն  |  На русском
Thank you for your comment. Your comment must be confirmed by the administration.
last news on "Taekwondo"
Total votes (13)