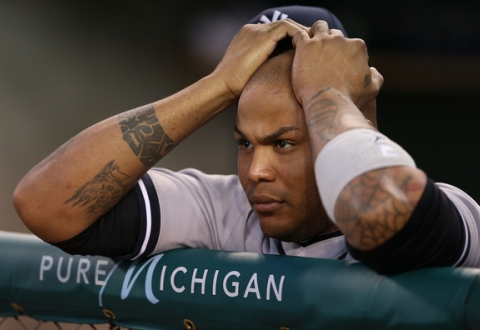 Well-known American baseball player Andruw Jones, who has made five Major League Baseball (MLB) All-Star appearances, was arrested early Christmas morning and charged with battery outside of the City of Atlanta.

Jones, 35, was arrested by the local sheriff’s department, which responded to a reported domestic dispute at Jones’ home.

He spent around seven hours in jail before he was released late Tuesday morning after posting a $2,400 bond, Yahoo! Sports reports.To note, after playing in 2011-12 with the MLB New York Yankees, Andruw Jones signed earlier this month with the Tohoku Rakuten Golden Eagles of Japan.