Formula One president’s daughters are most spoiled 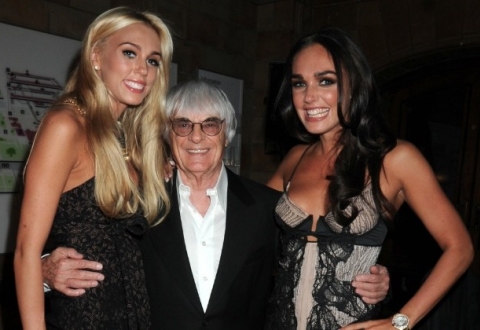 Formula One President and CEO Bernie Ecclestone’s daughters Petra and Tamara are recognized by Business Insider as one of the most spoiled kids of famous personalities.

The daughters, ages 23 and 28, reportedly have access to their father’s $4.8 billion-dollar trust, and while Bernie lets them make spending decisions on their own, he has not been happy with how they have squandered their inheritance.

“The kids have had access to the money. The idea was that they’d buy super-quality property, property that would be long term, for their kids and everything else. Didn’t happen. They haven’t done that. So they’ve had access to money which they’ve spent,” Business Insider quotes Bernie Ecclestone as saying.

Print    |  Հայերեն  |  На русском
Thank you for your comment. Your comment must be confirmed by the administration.
last news on "Formula 1"
Total votes (12)