Armenia’s weightlifting federation head on his visit to Baku 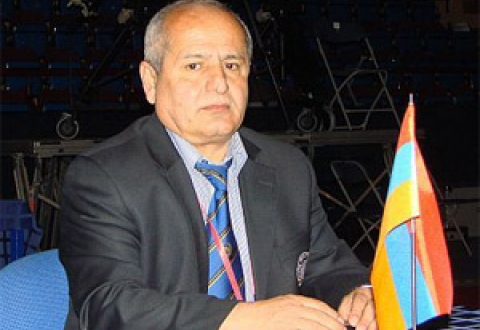 In Baku, the representative of Armenia was treated well. This kind of policy is implemented for us not to talk bad things about Azerbaijan when we return to Armenia, Secretary General of Armenia’s Weightlifting Federation Pashik Alaverdyan told NEWS.am Sport.

Alaverdyan took part in the meeting of the International Weightlifting Federation in Baku which was attended by representatives of 88 countries.

“I was received well. They managed to ensure my safety fully,” he added.

“In May, the elections of the President, the Secretary General and board member of the Federation are going to be held. Elections are held every four years, right after the Olympics.

The main question is if the Members of the federation will be given the right to vote. It was decided to give the advantage in the upcoming elections to the countries that have shown good results in the World and European Championships and Olympic Games. Armenia is one of those countries,” Alaverdyan noted.