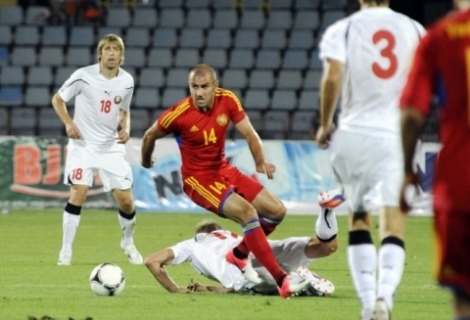 Armenian national football team and Russia’s FC Krasnodar forward Yura Movsisyan’s move to FC Spartak Moscow will be officially confirmed by the end of the current week, Gazeta.ru reports referring to its sources that are involved in this deal.

To note, the 25-year-old player recently reached an agreement with the nine-time champions of the Russian Premier League. Spartak paid €8 million to acquire Movsisyan, who will receive an annual salary of €2.4 million from the Moscow team. He is expected sign a five-year deal with the club.

To note, Yura Movsisyan played in thirteen games and netted nine goals for FC Krasnodar in the current season of the Russian Premier League.