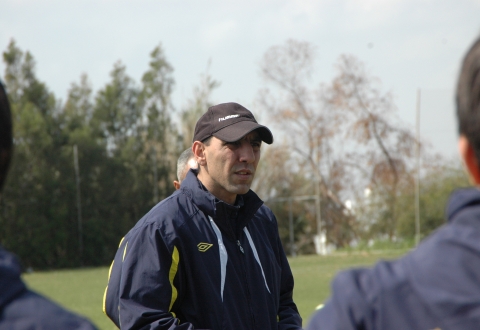 YEREVAN. – Yerevan Banants has started to prepare for the Premier League since the beginning of the year. The club organized three trainings – one in the Football Academy the others in Cyprus.

Banants pays attention mainly to its staff and has only one foreign player - Brazilian forward Du Bala.

In an interview with News.am Sport head coach of the club Rafael Nazaryan said he is satisfied with preparation for the season.

Rafael Nazaryan underscored that the future must be created today and that is why new football players must be trained. He stressed that many young players, members of Armenia’s youth national team, have joined Banants.

As the general coach mentioned, the club will get ready as needed and will do its best to achieve success. Speaking about the Armenian Premier League, Nazaryan said Ulis is the favorite.