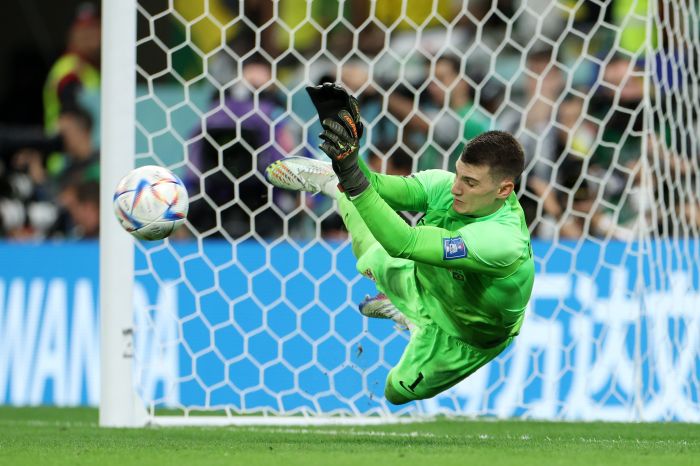 Dominik Livakovic, the goalkeeper of the Croatian national team, the vice-champion of the world, repeated the record for the number of penalty kicks saved in one world championship.

After defeating Brazil in the quarterfinals (1-1, 11m: 4-2), the number of Livakovic's penalty kicks has reached four.

Before him, Croatia's Danijel Subasic at the 2018 World Cup and Argentina's Sergio Goycochea at the 1990 World Cup had such a figure.

Croatia will face the winner of the Netherlands vs Argentina match in the World Cup semifinals.