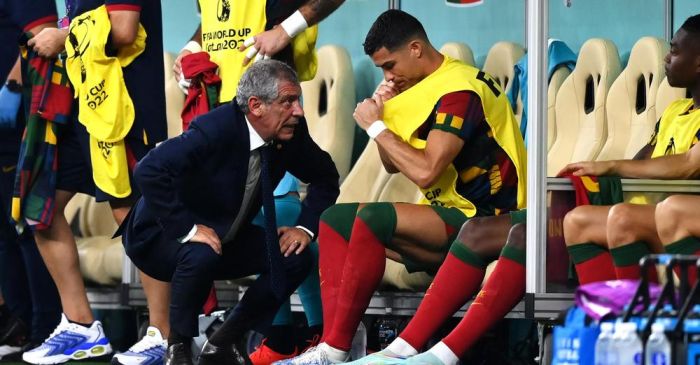 Portuguese striker Cristiano Ronaldo, 37, has threatened Portugal head coach Fernando Santos to quit the national team, according to the Record. Ronaldo remained on the bench for the World Cup 1/8 finals game.

Portugal beat Switzerland 6-1, Ronaldo came on as a substitute at the end of the match when the score was 5-1. The 6th goal was scored by AC Milan forward Rafael Leão.

The Portuguese will play Morocco in the World Cup quarter-finals on Saturday.