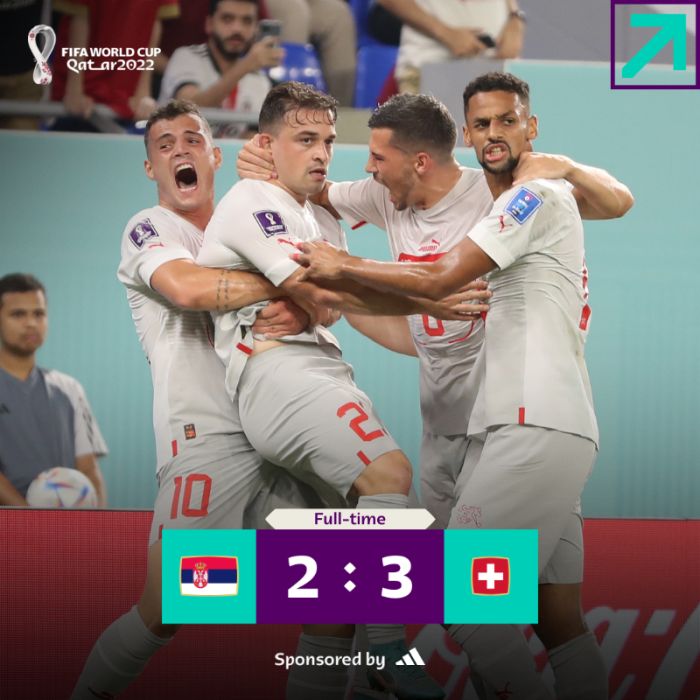 The group stage at the 2022 FIFA World Cup in Qatar has ended. The last spot to the playoffs was booked by Switzerland, which defeated Serbia 3-2 in the third—and last round—in Group G, and finished second in this group, with 6 points.

Serbia came in last, with just 1 point, and bid farewell to the rest of this competition. Brazil, which lost 0-1 to Cameroon in the last round and took the first place in Group G, with 6 points, had qualified for the playoffs in the previous round—and after two victories. The Brazilians finished ahead of the Swiss in this group on goal difference.

In the Round of 16, Brazil will face—on December 5—South Korea, which finished second in Group H. And Switzerland's opponents will be the winners of Group H, Portugal.

A story in four parts.

This #FIFAWorldCup Group Stage is providing drama right until the very end! pic.twitter.com/v7iviclvYH