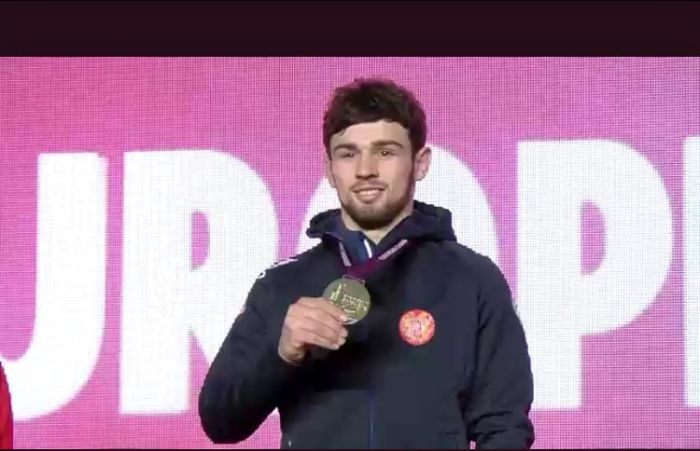 An awarding ceremony was held in Budapest for Arsen Harutyunyan, who won the gold medal at the European Freestyle Wrestling Championship.