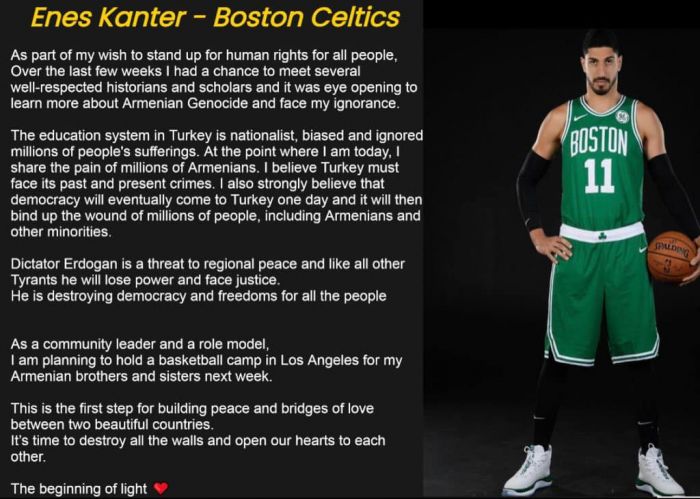 Enes Kanter, the Turkish player of the Boston Celtics of the National Basketball Association (NBA), has gone on Instagram and called to recognize the Armenian Genocide.