Ferdinand Karapetian comments on his defeat at Tokyo 2020 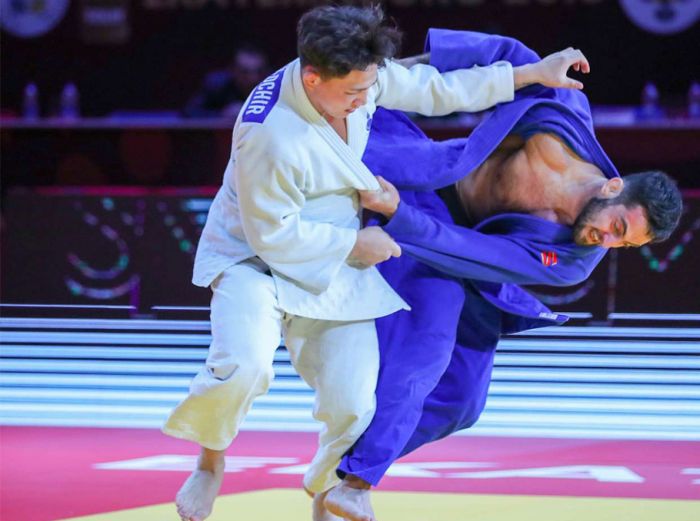 I feel pain and anger after this defeat, but this isn’t the end. We’ll make it through this period and continue. Everything lies ahead, and I will still go after my dream and convey my message in big sports.

This is how Europe’s champion Ferdinand Karapetian commented on his defeat in Tokyo during a conversation with Armenian News-NEWS.am.

Armenia’s only representative at the judo tournament of the 32nd Summer Olympic Games in Tokyo, European champion Ferdinand Karapetian was defeated by Kazakh judoist Zhansay Smagulov during the qualifying round of 73 kg judoists today and is no longer competing.

The main time of the match ended with a tie (1-1). In the added time, the Kazakh judoist defeated Ferdinand Karapetian with a waza-ri trick. After his defeat, Karapetian wasn’t able to hide his emotions and had trouble commenting on his defeat until the end of the day.

Only a day later did Armenia’s leading judoist comment on his defeat during a conversation with Armenian News-NEWS.am’s correspondent.

“I was ready 101%. I’m speechless. It’s very painful that I worked hard all these years, made it to the Olympics and lost. I was ready to score the gold medal. I had come to score the champion title. The match went very well. In the added time, my Kazakh opponent surprisingly held my leg at the 7th minute and scored a point. I feel pain and anger, but in any case, this is sports. I’m not stopping. It’s not over. I will continue to pursue my dream,” Karapetian said.

Ferdinand Karapetian was born on December 19, 1992 in Vardenis, Armenia. He has been living in Vladikavkaz since the age of 6. He is married.

Before 2015, he was a member of the Russia national judo team in the 66 kg category. In 2013, he scored a bronze medal in Russia, and in 2014, he became vice-champion of Russia. Since 2016, he has been performing with the Armenia national team in the 73 kg category.

In April 2018, he defeated Azerbaijan’s Hidayat Heydarov during the final of the European Judo Championship in the 73 kg category, scored a gold medal and was declared Europe’s champion.

Karapetian also performs at club championships. He scored a pass to Tokyo 2020 with ratings and has been included in the list of the top judoists based on world rankings.