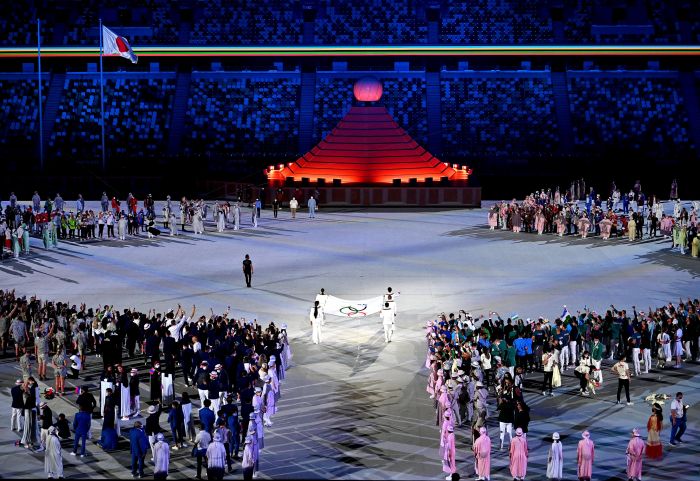 The solemn opening ceremony of the Games, which is being held without an audience for the first time in history due to the coronavirus pandemic, is drawing to an end.

The Olympic Games will continue until August 8.

Nearly 6,000 athletes and the teams’ representatives are part of the 206 delegations participating in the opening ceremony. Armenia will have 17 representatives in 8 sports. The first of the Armenian athletes to compete is European champion in gymnastics, gold medalist of the European Games Artur Davtyan, who will perform during the qualifying round on July 24.