Juventus are Italy's champion for 3,000 days 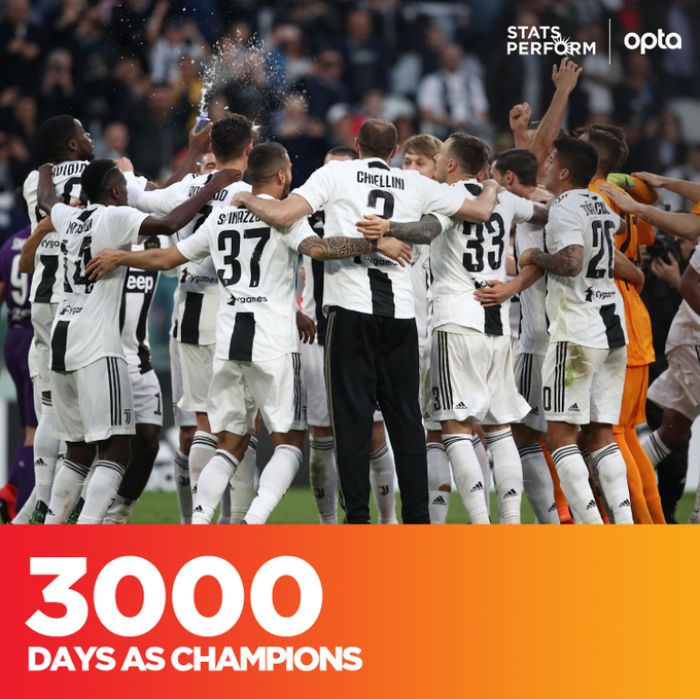 Today Juventus are marking the 3,000th day of being Italy’s champion, Opta reports.

Juventus scored the champion title on May 6, 2012 and have been defending it ever since.

In the 35th round of the Italian football championship, Juventus will play with Udinese, and if Juventus win, they will have scored the champion title for 9 consecutive times.

The first half of the Udinese-Juventus match is in progress. No side has scored a goal yet.

Print    |  Հայերեն
Thank you for your comment. Your comment must be confirmed by the administration.
last news on "Football – Italy Serie A"
Total votes (13)