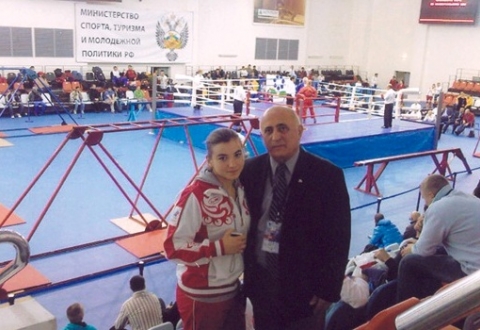 The Universal Fights (Unifight) European Championship is over in Russia. Armenia’s only athlete Anna Badalyan performed excellent at the championship in the 70 kg category and became the champion of Europe, Armenia’s Unifight Federation reports.

Unifight (or Universal Fight) is a competitive training system with military applications. The competition is formed of two consecutive stages: the first stage is an obstacle course with close quarters battle - any missed obstacle disqualifies the contestant; the second stage is a bout of full contact hand to hand combat. Despite the sport is very young, it gets wide spread in the world.

On the photo Anna Badalyan with the Armenia’s Unifight Federation head Levon Hayrapetyan.