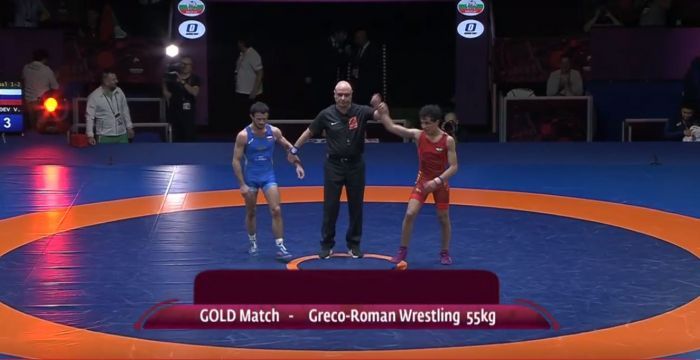 On February 11, vice-champion of the European Games, European bronze medalist Karapet Chalyan will fight for the bronze medal of 77 kg category wrestlers. On February 10, the Armenian wrestler was defeated by Azerbaijani wrestler Sanan Suleymanov 0-3 during the semi-final. Chalyan will be competing with two-time Olympic champion Armen Nazaryan’s student, Bulgaria’s representative Hayk Mnatskaanyan in the fight for the bronze medal.