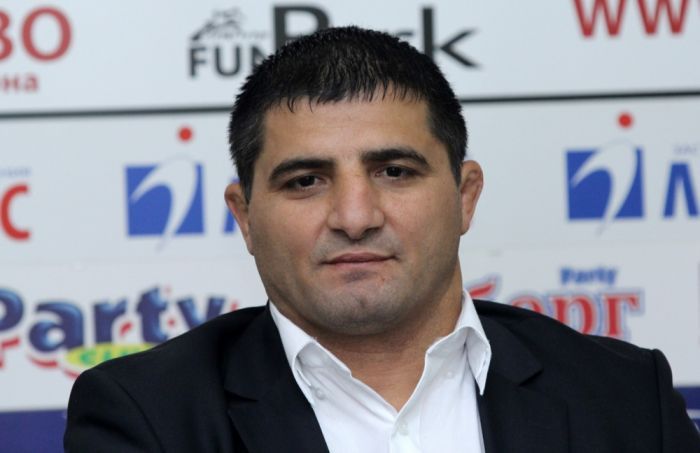 Head coach of Bulgarian Greco-Roman wrestling team Armen Nazaryan is in Armenia where his team is holding a joint training session with the Armenian athletes.

“I am happy to see my team training with the Armenian [athletes]. It’s a great chance for exchange of experience, efficient training and strong sparring,” he told NEWS.am Sport correspondent.

The Armenian athletes are getting ready for the tournaments to qualify to the 2020 Olympic Games, and two of them have already won their chance to compete in Tokyo.

“I think Armenian team will not be satisfied with two Tokyo Olympic berths. We [Armenian] have a very strong team, our athletes are very competitive and are close to the Olympic medals. I think Armenia will have participants and medal winners in all six weight classes,” Nazaryan said. “I am confident that Artur Aleksanyan will be able to repeat his success and will win the second Olympic gold. He is very close to success.”

As for the resignation of Armenia’s longtime wrestling head coach Levon Julfalakyan, Nazaryan believes he did not have to resign ahead of the Olympic Games.

“I do not think that the changes will have a negative impact on our team, as there is a good background. In fact Armenian athletes are capable of winning Olympic medals”.