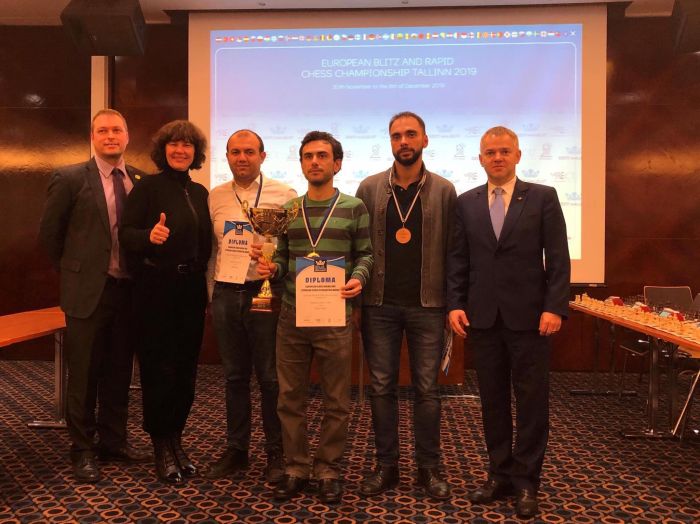 The Armenia’s grandmaster (GM) scored 10.5 points out of 13 and, having equal points with Russian Alexander Riazantsev and Azerbaijani Rauf Mamedov, he was declared champion on additional points.