Eden Hazard recognized as best player of the week 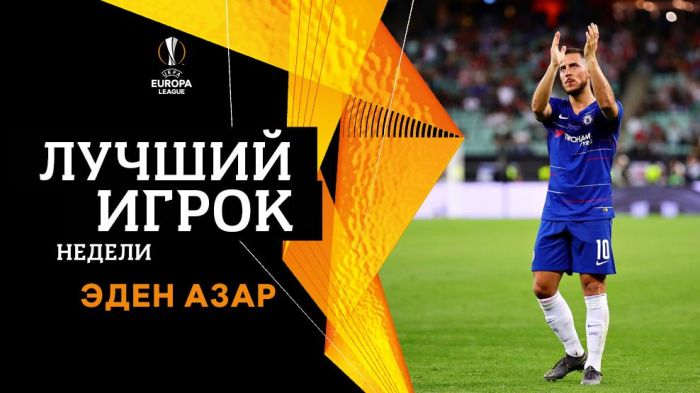 Chelsea’s striker Eden Hazard was recognized as the best footballer after the Europa League final.

In the match against Arsenal, the Belgian footballer scored two goals and made a pass for a goal, helping Chelsea win 4-1.

Three other members of Chelsea were contenders for the title of best player, including Olivier Giroud, Pedro Rodriguez and Emerson Palmieri.