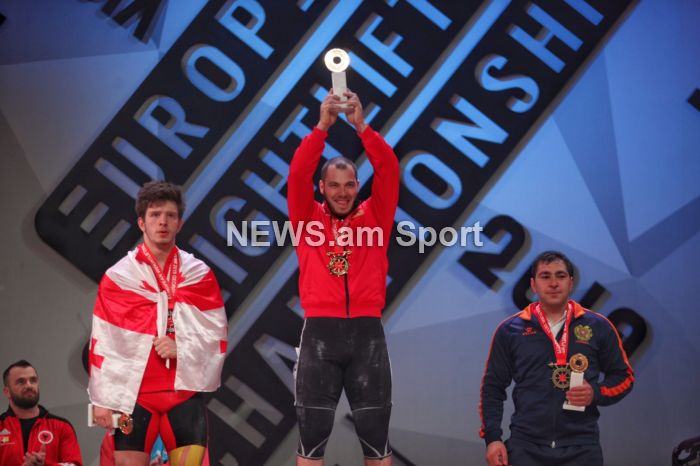 As the National Olympic Committee reports, another Armenian weightlifter Davit Hovhannisyan, competing in the same weight category took the bronze with 360 kilos.