WBO champion title to be mine - Abraham 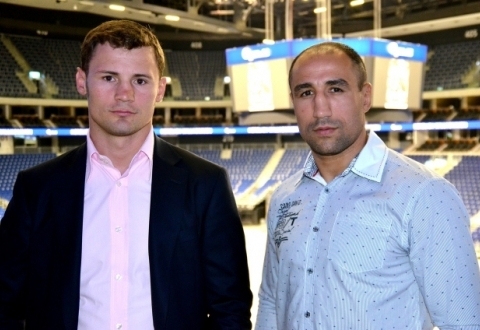 Armenian-German boxer Arthur Abraham told NEWS.am Sport that he will take the WBO champion title from Stieglitz. To note, the bout between Arthur Abraham and WBO champion Robert Stieglitz is scheduled for Aug. 25 in Berlin Asked how trainings are held, Arthur said that everything is systematized.

He will train in a sport city not far from Berlin until Saturday, as he must rest for a week prior to the bout. Abraham also added that his injuries do not disturb him, while he is psychologically ready for the bout. As whether the place is of importance to him, the boxer said that the Berlin O2 arena, where the bout will be held, is of great importance. As a matter of fact, when Abraham enters the ring he stops noticing the tribune. He only listens to his trainer and brother, while feels the audience support only after the fight. At the same time, he feels the tribune support subconsciously even in the most difficult moment.

During the fight Abraham focuses on the errors of his opponent and tries to use them. Regarding his opponent and his estimations, Abraham claimed that Stieglitz is not an easy fighter and he approaches him very carefully, trying to win through correct tactics. Besides, Abraham is decisive to take the champion’s belt. In addition, Abraham will arrive in Armenia after having a little rest in Armenia. In his homeland, the boxer hardly can have a rest as he constantly meets fans and sleeps very little. The agency wishes Abraham good luck.