If I were not a football player, I would be a sprinter - Henrikh Mkhitaryan 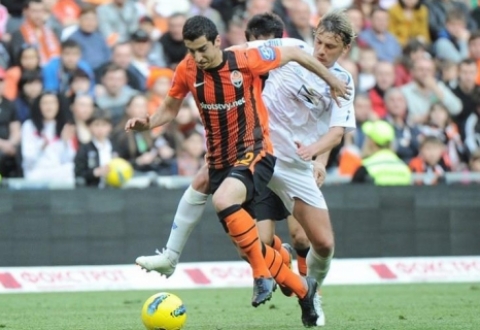 Armenia and Shakhtar midfielder Henrikh Mkhitaryan said he is happy with his game.

Mkhitaryan was named  the best player of the week after the fourth round of the Ukrainian Premiere League. Talking to Russia’s Sport Express, he said there are four players in the team who can replace him.

Mkhitaryan noted that he is watching the London Olympics, especially the events involving Armenian athletes.

“I am watching on TV and online. Armenia has won two bronze and one silver. I hope we will have more by the end,” he emphasized.

“If I were not a football player, I would be a sprinter. But I would hardly make bids for medals.”