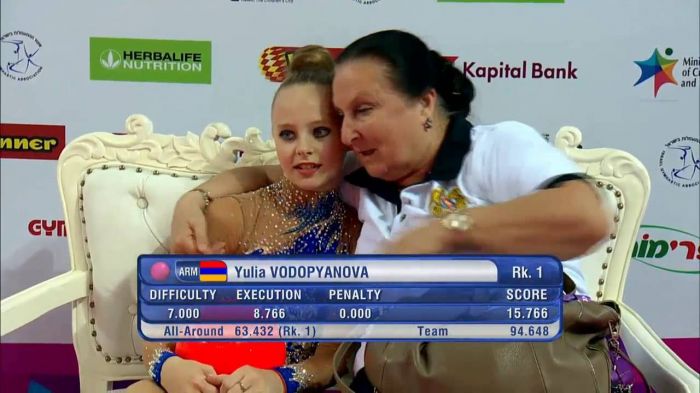 Yulia Vodopyanova, a member of the Armenian national artistic gymnastics’ team, has qualified for the 2018 Youth Olympic Games, informed the National Olympic Committee of Armenia website.
Vodopyanova placed sixth in the respective ranking tournament that was held in Moscow, and in which 56 gymnasts competed.
The 2018 Youth Olympic Games will be hosted by the Argentine capital city of Buenos Aires, from October 6 to 18.