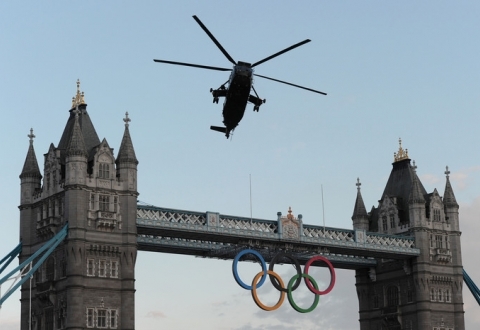 LONDON. – The London 2012 Olympics torch arrived in the British capital on Friday night with a helicopter. And the torch will pass through London’s 33 districts over the course of the next six days.

In several days the torch will head to Wimbledon, where the Olympic tennis tournament will be held, and, subsequently, it will arrive in the Wembley Stadium.

And the torch will be brought to London’s Olympic Stadium, during the London 2012 Games’ opening ceremony on July 27, BBC informs.

Two million are expected to take to the stre