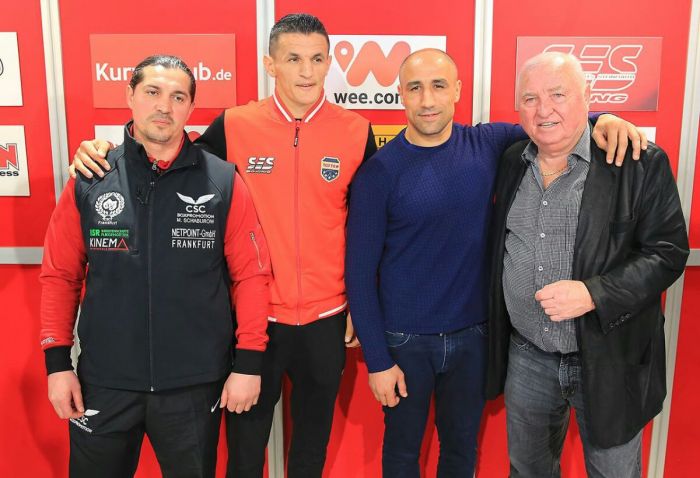 The fight will be held on April 22 in Erfurt city of Germany.

“I have spent a lot of time getting ready for this fight. I am disposed to victory. I have trained well: my coach is satisfied with my competition form.

Robin Krasniqi is a strong boxer. I will do my best to win him. I have seen some of his fights and know his tactics wonderfully. I will not give him an opportunity to win.

Grudge fight against Martin Murray will not take place.

I will devote my victory to the victims of the Armenian Genocide. My son Grigor motivates me with his smile,” Artur Abraham said.

During the previous fight held on July 16 in Berlin, Arthur Abraham won Norwegian Robin Lihaug by a knockout.