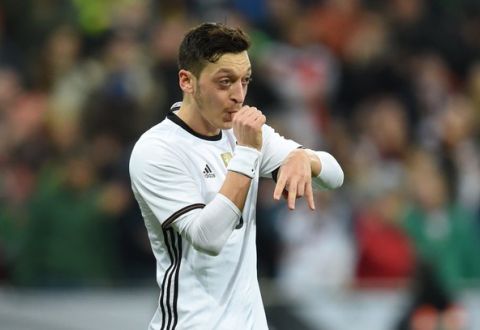 As a result of the respective survey, the Arsenal F.C. (England) player received 25.2 percent of the votes.

Özil played in all of Germany’s six Euro 2016 matches, and scored one goal and made one assist.

The national squad, however, lost to host nation France 0-2 in the semifinals of the European Championship.

Print    |  Հայերեն  |  На русском
Thank you for your comment. Your comment must be confirmed by the administration.
last news on "EURO 2016"
Total votes (12)