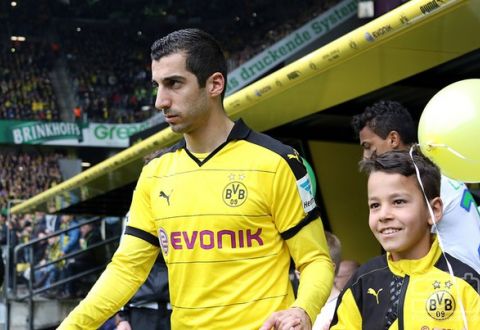 Henrikh Mkhitaryan, Borussia Dortmund (BVB; Germany) midfielder and the Armenian national football squad captain, is voted as the best player of the championship of Germany in April, show the results of the votes at Bundesliga’s the official website.

Mkhitaryan received 42 per cent of the respondents' votes, leaving Arturo Vidal from Bavaria ( 31 per cent ) , his team-mate Christian Pulishicha ( 16 percent ) and Julian Brandt from Bayer ( 11 per cent ) behind him.