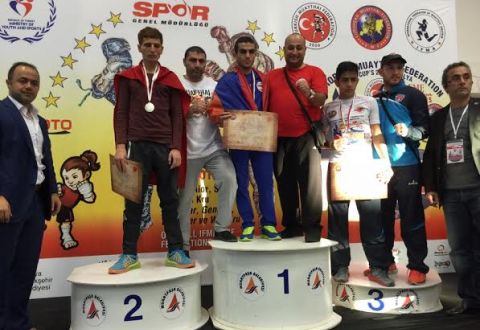 Armenian athlete Gor Nazaryan became a champion at the European Muaythai Antalya Cup that was held in , reported the Armenian Muay Thai Federation.

In the competition among 25 countries, Nazaryan (54kg) KOed Turkey’s representative in 50 seconds into his first bout.

The Armenian athlete’s second opponent was also from , and Nazaryan won this match with a high score against his challenger.

And in the final, Gor Nazaryan achieved a convincing win against the Turkish athlete representing , and he was declared winner in his weight class.