Daniil Kvyat has escaped unscathed after a violent crash at the qualifying for the Japanese GP saw his Red Bull car flip over.

The driver lost control on his final run before his car hit the barriers with such violence that it flipped over and tore off two of the wheels on his car.

The Russian, however, was unharmed during the accident - although the same could not be said of his car.

“It was a rookie mistake,” the Red Bull driver admitted to Sky Sports. “I put two wheels on the grass and there’s no run-off area, so it was a quite large accident.

“It looks really bad I must say. I’m sorry to the guys; it’s been a tough couple of weeks already with this extra work for the guys so I’m sorry about that.”

Kvyat will start Sunday’s race from the pitlane due to amount of repair work required on his car. 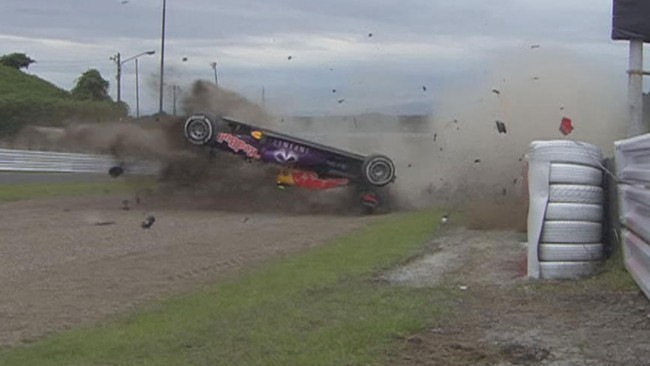 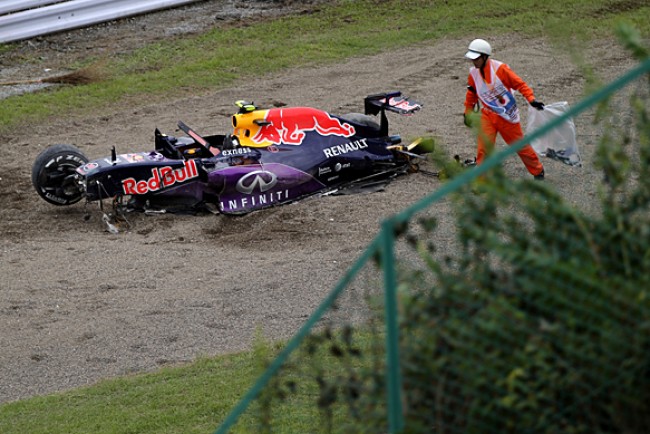 Print    |  Հայերեն  |  На русском
Thank you for your comment. Your comment must be confirmed by the administration.
last news on "Formula 1"
Total votes (13)