Köln vs. Dortmund: Mkhitaryan back in starting 11 after injury 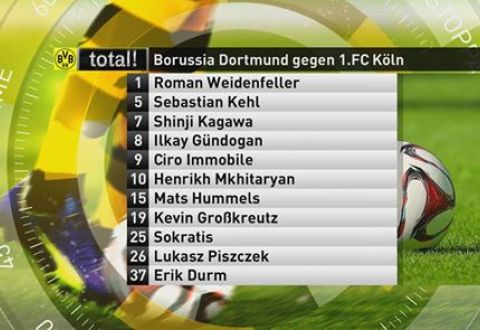 Borussia Dortmund (BVB) have announced the club’s starting lineup in their German Bundesliga Week 8 away game against 1. FC Köln.

Accordingly, Armenia national football squad and Dortmund midfielder Henrikh Mkhitaryan, who has recovered after an injury, also will start for BVB.

The Köln-Dortmund match will be played on Saturday, and the official kick-off is at 5։30pm Armenia time.