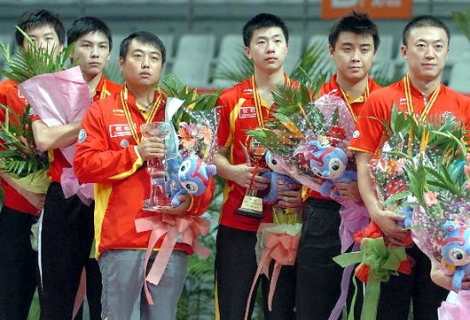 Chinese women mixed team with the participation of Guo Yan defeated Singapore and won the gold in the finals of the 20th Asian Championships Women Team events in Aomen, China, on Tuesday.

China has already won four sets of gold medals in the championship so far.

Print    |  На русском
Thank you for your comment. Your comment must be confirmed by the administration.
Total votes (12)