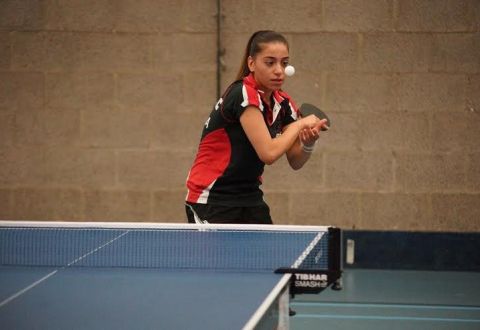 The girls’ team of the Armenian State Institute of Physical Culture (ASIPC) competed in the table tennis tournament at the 2nd European Universities Games being held in Rotterdam, the Netherlands. In Group C, the Armenian team lost to the teams from Germany and Russia, but defeated the team representing France and came in third in the group. As a result, they qualified for the ninth- to sixteenth-place matches.  Subsequently. the Armenian athletes achieved two consecutive wins by defeating the Portuguese team from Group D and the Dutch team from Group A. As a result, the ASIPC girls’ team placed ninth from among sixteen teams.