Not happy with results – Archery Federation of Armenia 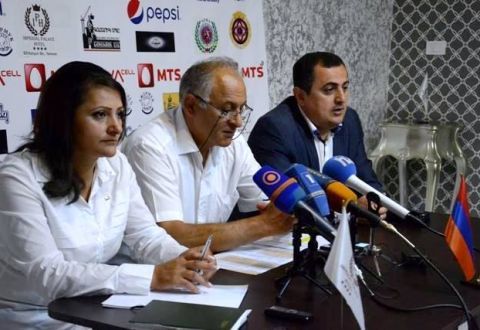 YEREVAN. – Even though Gohar Shahnazaryan qualified for the European Games, I’m not happy with the overall results. Nazik Amiryan, who is President of the Archery National Federation of Armenia, stated the aforesaid at a press conference on Thursday. She noted the abovementioned summing up the performances by the Armenian athletes in the European Archery Championships, which are held in Etchmiadzin, Armenia. “We’re pleased with the course of the championship; nothing extraordinary has happened [so far]. The championship is still highly valued by everyone.“My expectations [from the Armenian athletes] were primarily from the men. [In terms of women’s competition, however,] Gohar had a hand injury before the competition. [But] we could not have imagined that she will be able to perform so well after that injury.

“[And] just the opposite happened in the men’s team. Our main leader, Vasil Shahnazaryan, hurt his finger before the competitions; he could hardly shoot [the arrows]. “Although we [Armenia] booked a spot for the European Games to be held in [the Azerbaijani capital city] Baku, I’m not happy with the overall results. [And] it’s still unclear whether or not Gohar will go to Baku,” Amiryan specifically said.