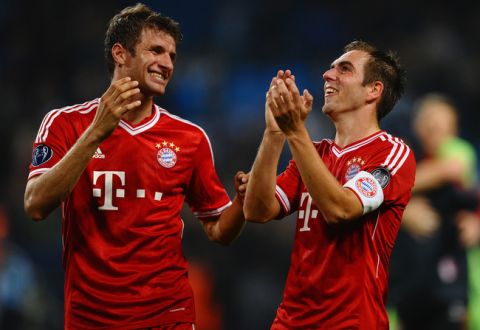 German national squad captain Lahm’s previous contract was until 2016. According to the new deal, however, the 30-year-old defender/defensive midfielder will stay at the club until 2018.

The new contract of 24-year-old midfielder Müller, on the other hand, will run until 2019.

In the season that wrapped up, Bayern Munich have become the Bundesliga champions and the German Cup winners.