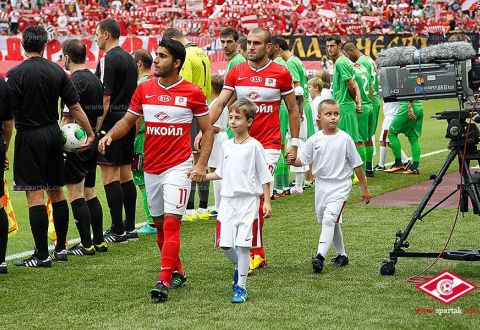 FC Spartak Moscow lost by a score of 1-2 in their Russian Premier League football away match against FC Rubin Kazan.

“Movsisyan was the most active in Spartak. He scored a marvelous goal which was a result of individual skill.  “Ozbilis’ strength lasted just five minutes, during which he was displaying an enviable activeness. After these five minutes, however, this activeness gradually reached zero,” the Russian website wrote.

Forward Yura Movsisyan was in Spartak Moscow’s starting eleven; he played the entire game and netted a wonderful goal.   Midfielder Aras Ozbilis, on the other hand, entered the pitch in the 73rd minute.