Bulgaria manager to Armenian fans: You did not scare us 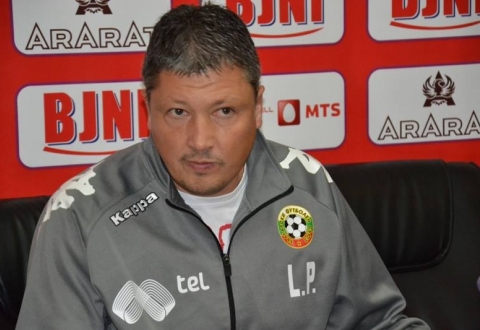 YEREVAN. – Bulgaria’s national football team head coach Lyuboslav Penev said his team is not scared after Armenian fans “welcomed” them at the airport.

Speaking during a press conference in Yerevan, Penev said each team has as many points as it deserves to have.

“We are ready for this game as well as a match against the Czech Republic. If you think that you scared us at the airport, you should know that it will not affect our game. I do not want to talk on non-football topics. There are committees that deal with such matters. My job is football, and we expect an interesting match,” he told reporters.

Lyuboslav Penev noted it is difficult to make forecasts, and they came to Yerevan in order to win.

Bulgarian national was welcomed with whistles and shouts at Zvartnots airport. In this way, the supporters of the Armenian national squad responded to the Bulgarian football fans’ aggressive and inhospitable demeanor that was manifested in Sofia a year ago.

“The game, which took place in Sofia, was a real struggle. I do not agree that our players intentionally resorted to provocation. The Armenian team arrived in Sofia after a victory over Malta in the first game, and we lost points in the match with Italy, so we had more desire to win. I do not want to talk about the first game any more,” he emphasized.