Italy announce roster for games against Armenia and Denmark 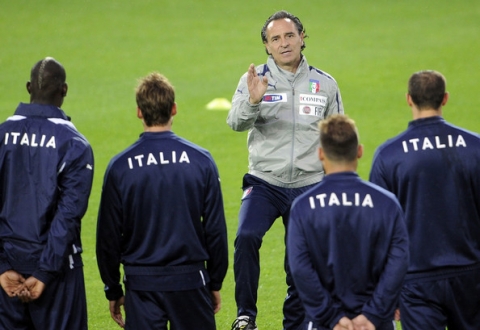 And after a two-year interval, Prandelli recalled ACF Fiorentina forward Giuseppe Rossi, who was out of action for a long time due to injury.  Italy will travel to Copenhagen to play Denmark on Friday, and then host Armenia in Naples on October 15. After eight rounds in Group B, the Azzurri have already booked their spot at Brazil 2014, with 20 points, Bulgaria have 13 points, Denmark have 12 points, Armenia and the Czech Republic have 9 points, apiece, and Malta have 3 points.