Aleksandr Grigoryan: My suspension is fair 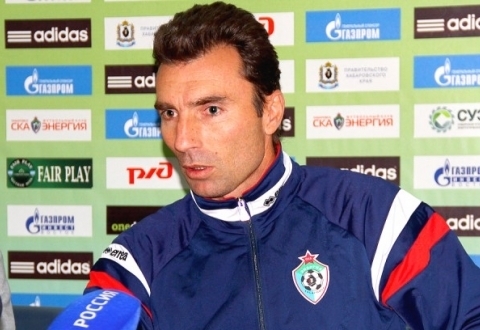 “I had no other choice. I believe if I had not done that, Maksimov would have displayed a hooligan-like demeanor toward the referee,” stated Aleksandr Grigoryan, manager of FC Luch-Energiya of Vladivostok, Russia.

“My suspension is fair. I did not hurt the team; I just did what I had to.“There are very few teams that made it to the Russian Premier League owing to clean football. Even though the others do that thanks to fair play, but [they do this] definitely by ensuring themselves. Subsequently, most of them are left out of the top division,” Primamedia.ru quotes Grigoryan as saying.

To note, during the match between Luch-Energiya and FC Mordovia Saransk, the managers of both clubs had made offensive remarks against each other and, as a result, they both received a two-game suspension.