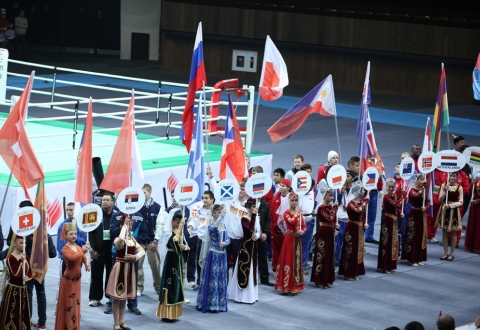 Regarding the Georgian boxers’ performance, he said that despite one of Georgian boxers was qualified for the quarter final, he still hopes that they will fight better in the European Championship.

He also said that Cuban athletes are out of competition, though Armenians are strong as well, while Russian and U. S. athletes are not so strong.

Asked about his impressions from the World Championship organized in Armenia, Djavakhidze said that it was organized on the highest level. The fact that Armenians are hospitable is known all over the world, but a special thank goes to the Armenian people for their warm reception.

“I like your youth and the Armenian girls are very beautiful,” he added.