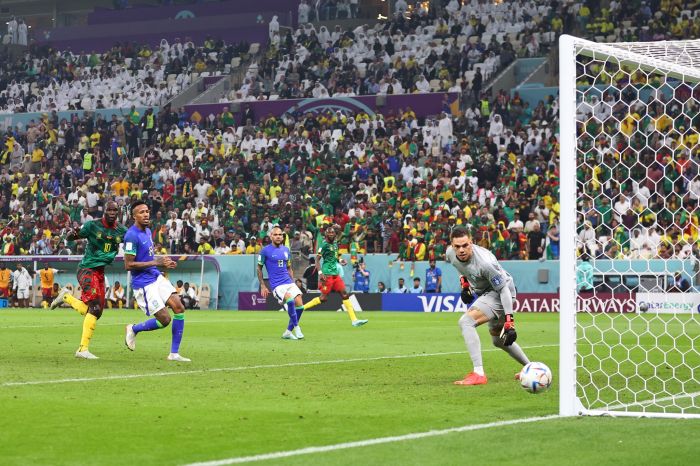 The Cameroon national football team are the first African squad to beat Brazil at a FIFA World Cup.

Before the current World Cup in Qatar, the Brazilians had played against the national teams of African countries seven times in the World Cups and won all seven times, reports Opta Sports.

Cameroon have achieved this historic accomplishment in the third—and last—round of the group stage in Group G of the 2022 World Cup. They won 1-0, but did not pass the group stage.

Brazil and Switzerland have advanced to the playoffs from Group G.

Brazil's opponents in the Round of 16 will be South Korea.