World Cup: Japan, Spain are in playoffs, Germany are out 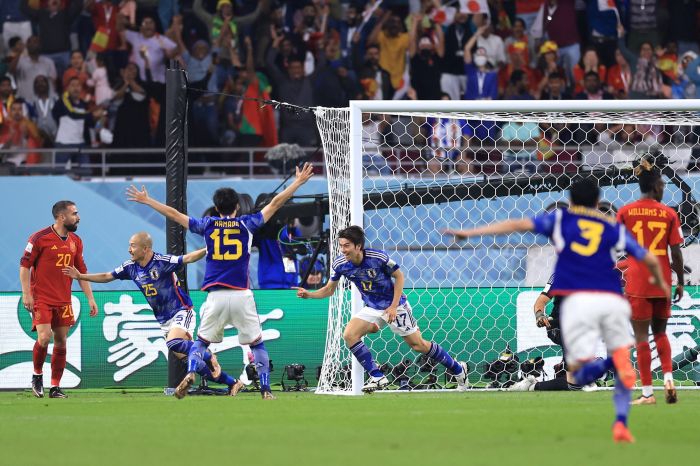 The national teams included in Group E played their matches in the third—and last—round in the group stage at the 2022 FIFA World Cup in Qatar.

Japan beat Spain 2-1, finished first in group E, and advanced to the Round of 16.

The Japanese amassed 6 points, whereas the Spaniards dropped to second place, with 4 points, but also booked a spot in the playoffs.

The Germans finished third in Group E, with 4 points, and remained behind Spain on goal difference.

After winning the World Cup title in 2014, Germany have now failed to pass the group stage for the second World Cup in a row.

In the Round of 16, Japan will face, on December 5, reigning World Cup silver medalists Croatia, who finished second in Group F, and Spain's opponents, on December 6, will be Morocco, the winners of Group F.

Group E we will never forget you. #FIFAWorldCup | #Qatar2022