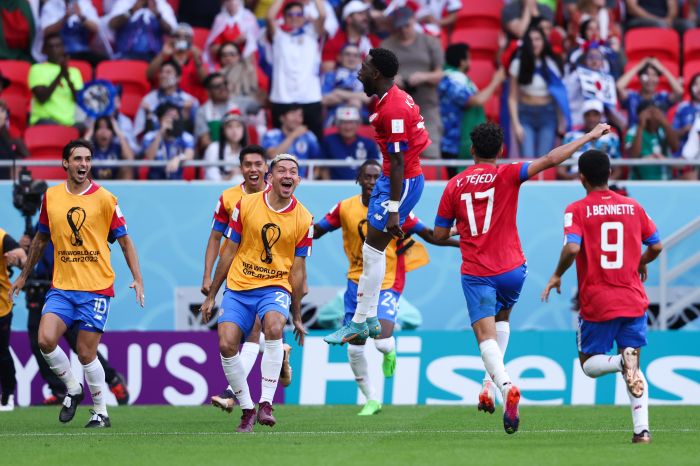 Costa Rica faced Japan and won 1-0 in the second round of the group stage at the 2022 FIFA World Cup in Qatar.

The only goal in the match came in the 81st minute—and by way of Herediano defender Keysher Fuller, 28.

Having lost 1-2 to Japan in the first round in this group, in the second round—later in the day—Germany will play against Spain, which had crushed Costa Rica 7-0 in their opening match.

And in the third—and last—round in Group E on December 1, Costa Rica will face Germany, and Japan—Spain.