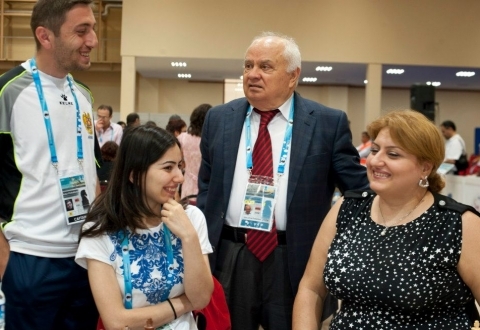 YEREVAN.- Armenian women’s chess team is on its way to the Olympic gold, GM Elina Danielyan told reporters in Yerevan. “Hopes are high,” she emphasized.

Leaders of the Armenian team Elina Danielyan and Lilit Mkrtchyan will participate in Women’s World Chess Cup 2012 to be held in Russia’s Khanty-Mansiysk from November 10 to December 2.

“We have much work to do but I am sure we will achieve success. Lilit Mkrtchyan and I are leaving for trainings in Tsakhkadzor. We have great expectations from this tournament,” she said.

In her turn, Lilit Mkrtchyan noted that the upcoming tournament will be tough and tensed.