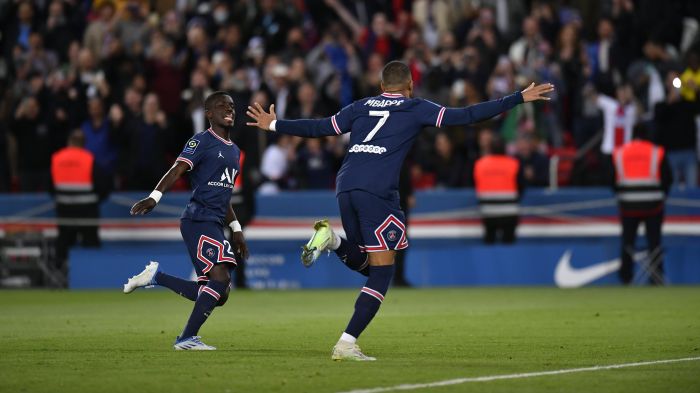 PSG hosted Marseille in the 32nd round of the French Ligue 1, and they won 2-1 thanks to the goals of their Brazilian star striker Neymar and French star forward Kylian Mbappe

The two goals of PSG’s Argentine star striker of Lionel Messi, however, were not counted due to offside.

PSG are the current leaders, with 74 points, and practically secured the title six rounds before the end of the current Ligue 1 season. Marseille are behind, with 15 points, and are second.