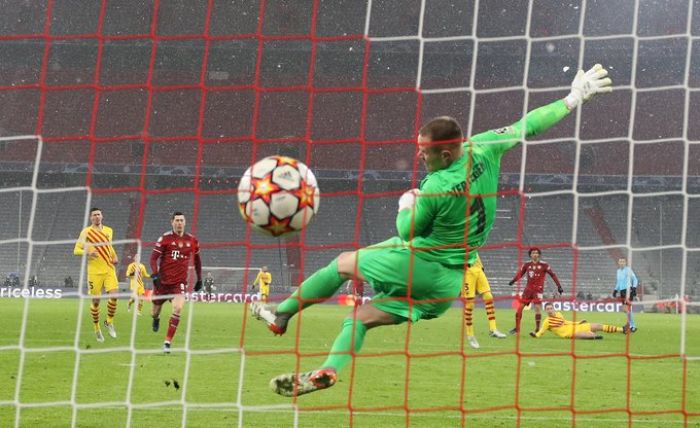 The matches of the last round in the UEFA Champions League group stage were played in groups E, F, and G.

Barcelona have been eliminated from the rest of this competition. They were hosted by Bayern Munich in the last round, lost 0-3, Bayern achieved 6 victories, and became the winners of Group E. Barca took the third place, with 7 points, and will continue their campaign in the Round of 32 of the UEFA Europa League. Benfica, which beat Dynamo Kyiv 2-0 at home, rose to second place and reached the playoffs.

In Group F, Manchester United hosted Young Boys, and the two teams played a 1-1 draw. Man United had secured a place in the playoffs already in the previous round, whereas Young Boys came in last in this group, with just 5 points. Atalanta and Villarreal, whose match has been postponed for a day due to heavy snowfall in Bergamo, will vie for the second spot in this group on Thursday.

In Group G, Lille beat Wolfsburg 3-1 in their away match and topped this group, with 11 points. Salzburg, which beat Sevilla 1-0 and placed second, with 10 points, booked the second ticket to the Round of 16 of the Champions League. And Sevilla will play in the Round of 32 of the Europa League.