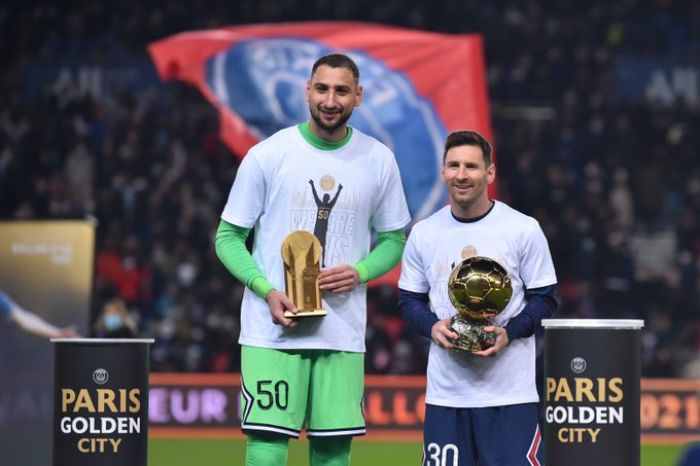 Current leaders PSG hosted Nice, and they had to settle for a goalless draw in the 16th round of the French Ligue 1.

The now 7-time winner of the Ballon d’Or, Argentine star forward Lionel Messi was in the starting lineup of the Paris team and played the whole game.

Before the start of this match, Messi showed the Ballon d’Or he received this week, and the Italian goalkeeper of PSG, Gianluigi Donnarumma—the Lev Yashin award he won for being named the goalkeeper of the year.

PSG are first, with 41 points, in the current Ligue 1 standings. Marseille, which are second, defeated Nantes 1-0, and have 29 points after 15 games. Rennes, which lost 1-2 to Lille, are third, with 28 points.