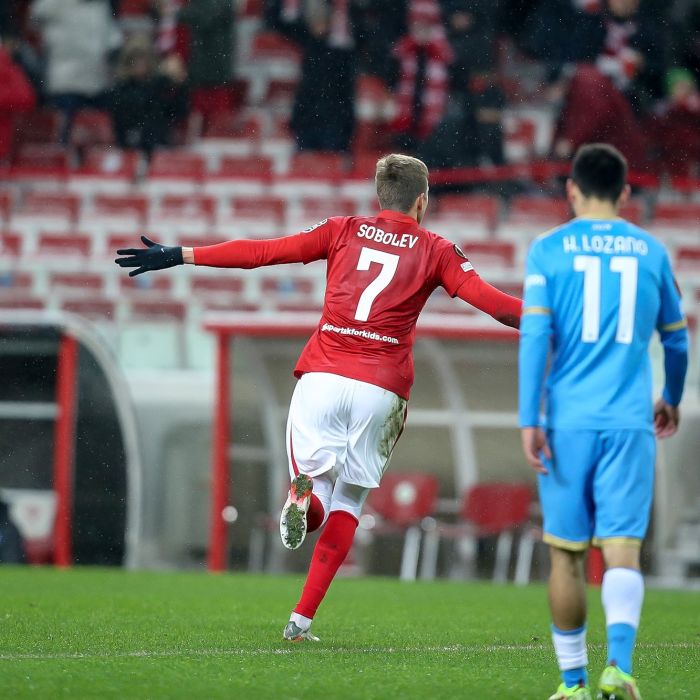 In the next-to-last round of the group tournament of the Europa League, FC Spartak Moscow defeated Napoli 2-1 in Moscow.

The Russian football club climbed to first place in Group C with 7 points, and Napoli have as many points and are in second place.