Karen Khachanov: I am pleasantly surprised to receive such warm reception in Yerevan (PHOTOS)

I do not overestimate myself, I do not rank high, I try to stay firmly on the ground, to be like everyone else. I am pleasantly surprised to receive such a warm reception in Yerevan. I came to Armenia to tour with my wife.

World No. 31st-ranked tennis player and Tokyo Olympics silver medalist Karen Khachanov (Russia), who is in Armenia these days, told this to NEWS.am Sport.

On November 14, the Muscovite Armenian tennis star met with Armenian tennis players in Yerevan, as well as held an hour-long master class with young tennis players and members of the Armenian national team. A large number of young tennis players, tennis fans, and professional players came to see Karen Khachanov in person, play tennis, and take photos with him. Before the master class, the world No. 31st-ranked tennis autographed more than 100 posters of his photo, and tennis balls to give to children waiting for him outside. Meanwhile, the Tokyo Olympics silver medalist told those in attendance about his Armenian origin. 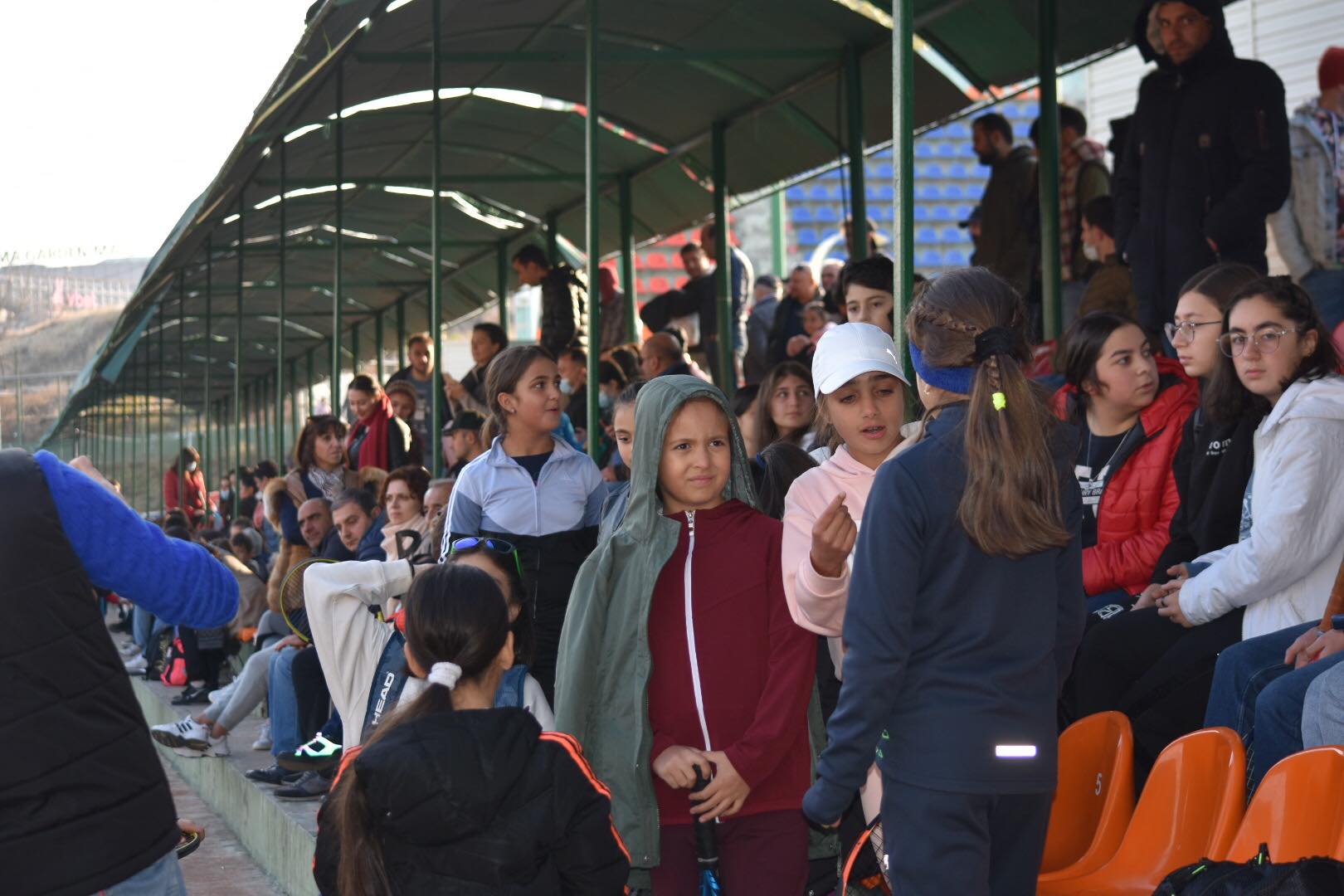 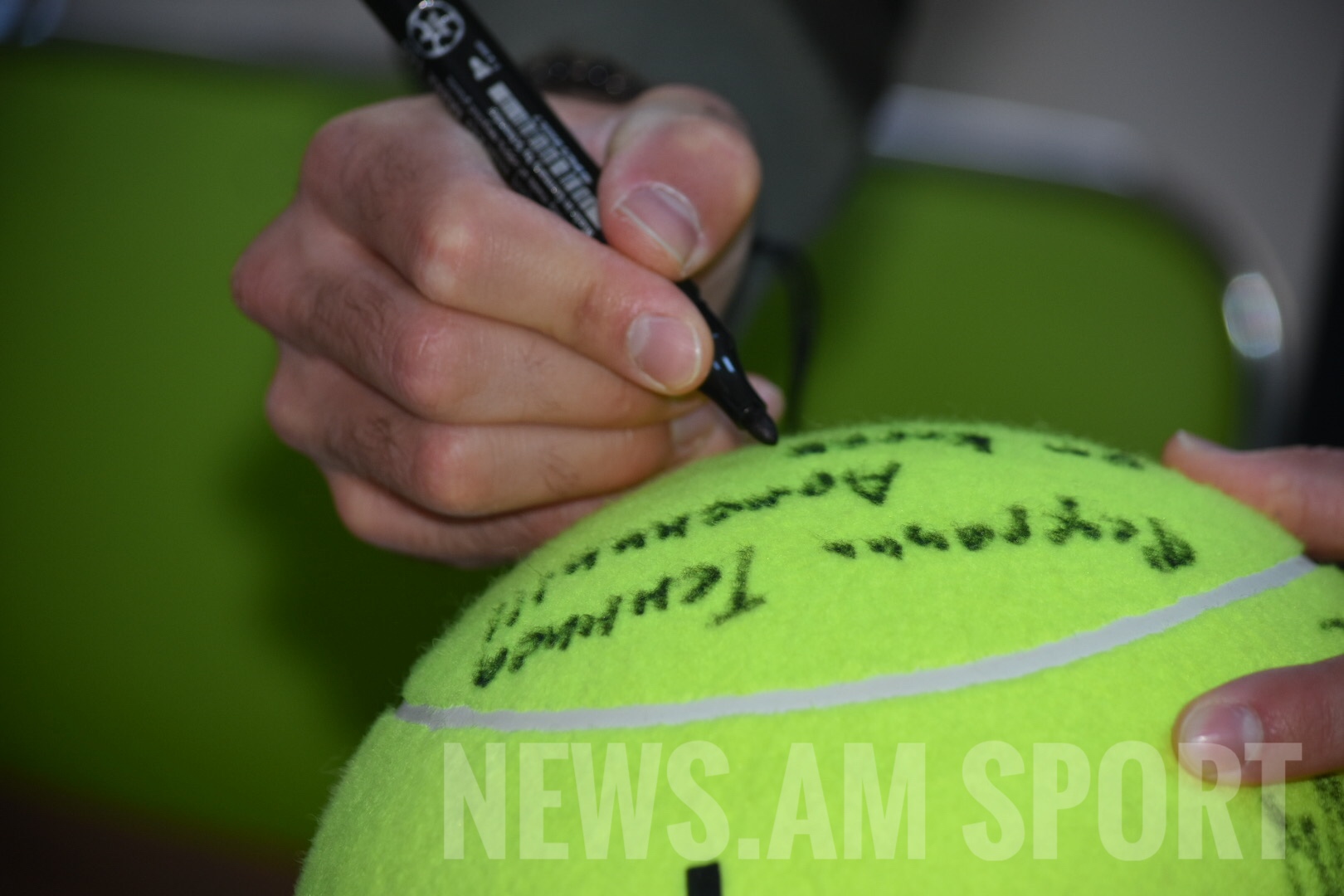 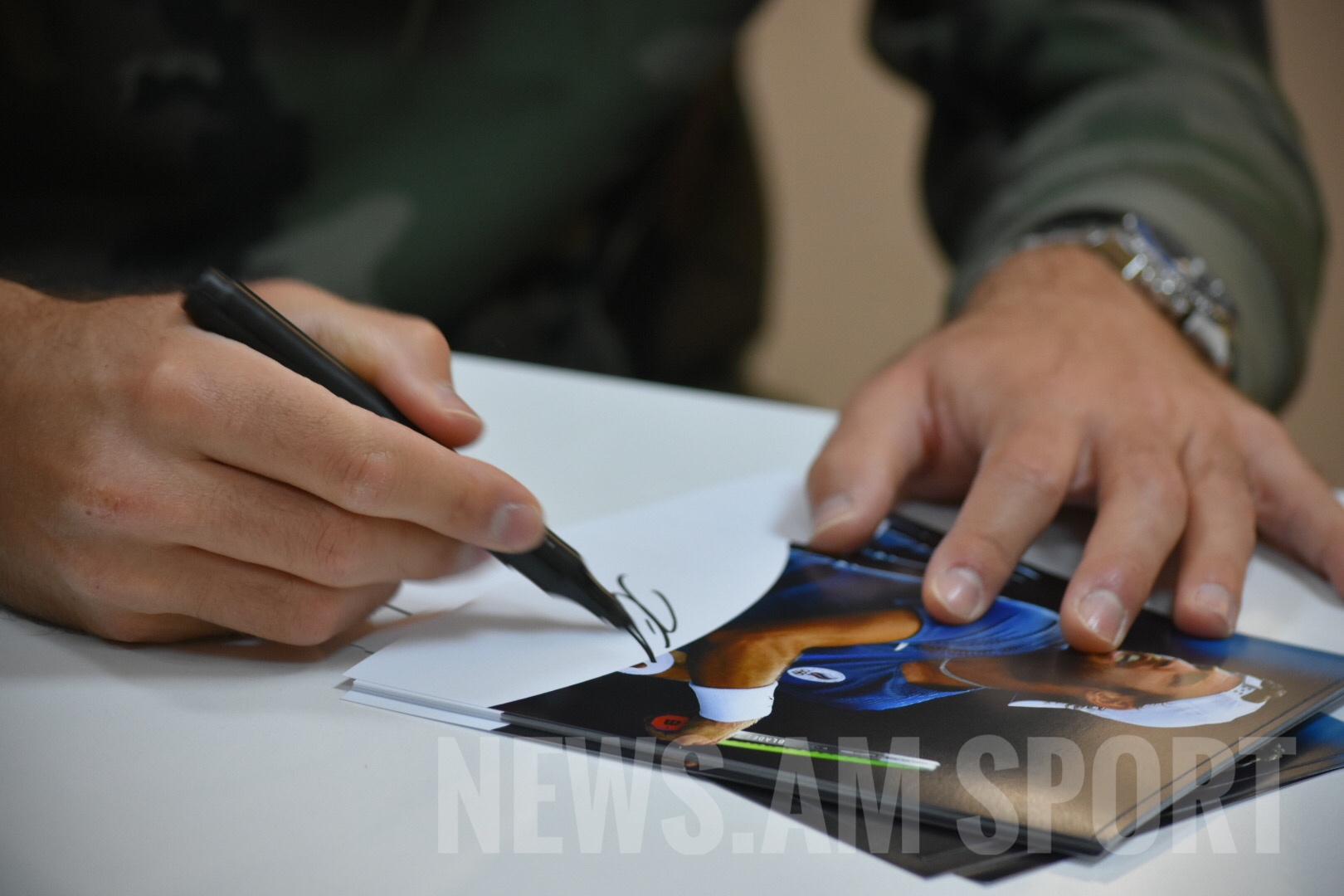 "I recently met with [former world No. 3-ranked Argentinean Armenian retired tennis player] David Nalbandian, and forgot to ask him when he was last in Armenia. He is a true Armenian. My father's grandfather was Armenian, and my maternal grandfather was half Armenian. Our last name used to be Khachinyan. During the [Armenian] genocide when my great-grandfather fled to Azerbaijan with his family, there was a need to change his last name and make it Khachanov. I represent the 4th generation of the Khachanovs, and I consider myself Armenian and Russian. This time I came to Armenia with my wife. We decided to spend our vacation here and not to be in Yerevan per se, but to travel all over Armenia. We did not bring my son, 2-year-old David, with us. He will join us on the next visit. We have a busy schedule here, and my wife and I go to different places during the day. We have been everywhere: in Dilijan, Gyumri, Jermuk, Garni-Geghard, we will be in Tatev. I admire the sights of Armenia," said Karen Khachanov.

While the world-famous tennis player was signing autographs, a large number of fans were impatiently waiting for him outside. Karen Khachanov's wife intervened to continue the autographs after the master class so that the children waiting outside would not catch a cold. The master class, which lasted more than an hour, was attended by almost everyone present-even those who do not play tennis. Meanwhile, with whom Karen Khachanov was playing, the tennis player's wife was giving out photos with her husband's picture and autograph. About 100 copies were finished very quickly, and most of those present had not yet received photos of the famous tennis player with his autograph. At the end of the master class, Khachanov distributed autographs outside to those present-and on tennis balls, T-shirts, and phone cases; wherever it was possible. In a briefing with reporters, the world No. 31-ranked tennis player said that he was pleasantly surprised to meet the children. 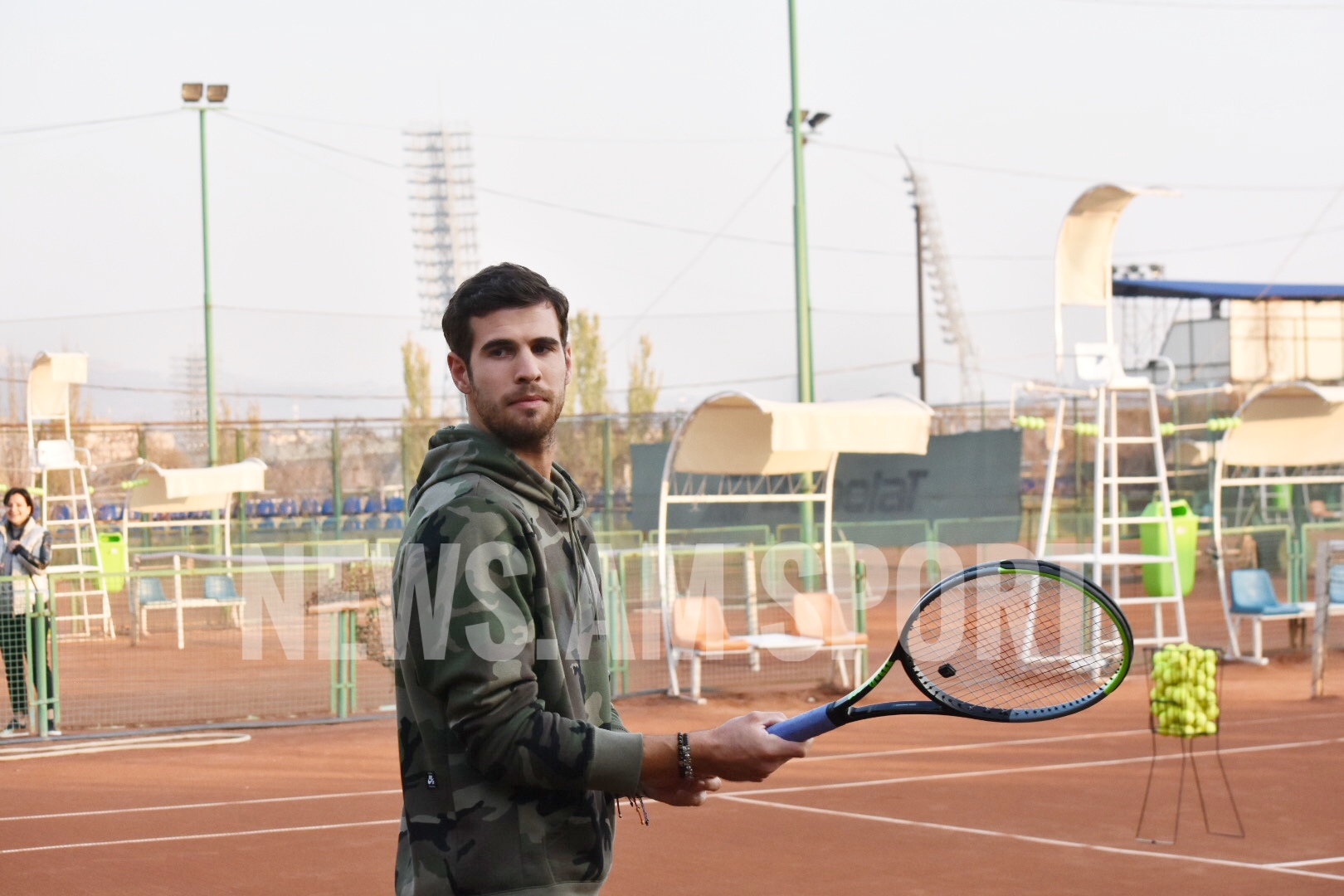 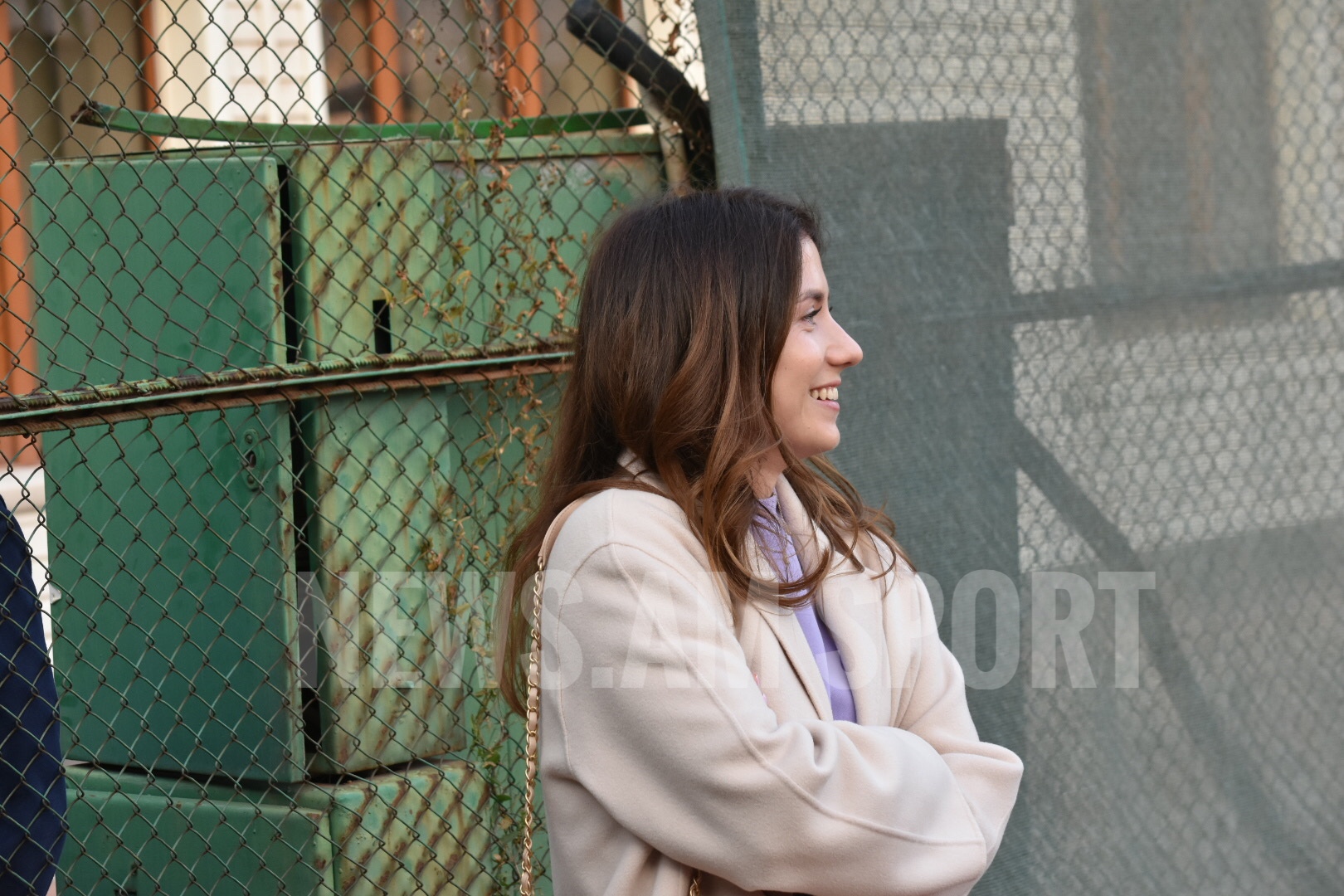 "I had not signed so many autographs for a long time. We have not had such large get-togethers for a very long time due to the coronavirus. I am pleasantly surprised by how many people came to meet me and how many children expressed a desire to participate in my master class. I like to see, to enjoy all this, it is nice when people love, play, and adore tennis. I am glad to be in Armenia again. This is not my first time in Yerevan. This time I came specifically to tour Armenia. Armenia has a long history, and I wanted to see with my own eyes the beautiful places, churches, historical and cultural monuments. This is all history. I have played on the courts of Yerevan, particularly on this court, when I was 14-15 years old. Almost nothing has changed here since then.

Conditions are not bad here. In winter, of course, it will not be possible to play on the open court because of the cold. I believe that in the future all the conditions will be created for Armenian tennis players to have the opportunity to play tennis at all times of the year. As a tennis player, I would advise Armenian teenagers and tennis players to continue playing the sport they love. If they do what they like, everything will work out. The children with whom I managed to play on the courts have good potential. I played tennis with different age groups. There were strong and weak tennis players. I did not have time to play with anyone for a long time to assess who has what opportunities. Everything in tennis depends on age and, most importantly, on desire," said Karen Khachanov. Armenian tennis players and fans were not letting the Tokyo Olympics silver medalist go from the courts of Yerevan. Everyone wanted to take a selfie with him, talk to him, get an autograph.

Between taking selfies and signing autographs, Karen Khachanov, in an interview with NEWS.am Sport, first summed up the 2021 season and, also, admitted that being so popular does not allow him to ever put himself above others. "The year was hectic for me. I had ups and downs this season, especially in the spring. I had some personal issues this season that were bothering me off the court, and I had to sort them out. 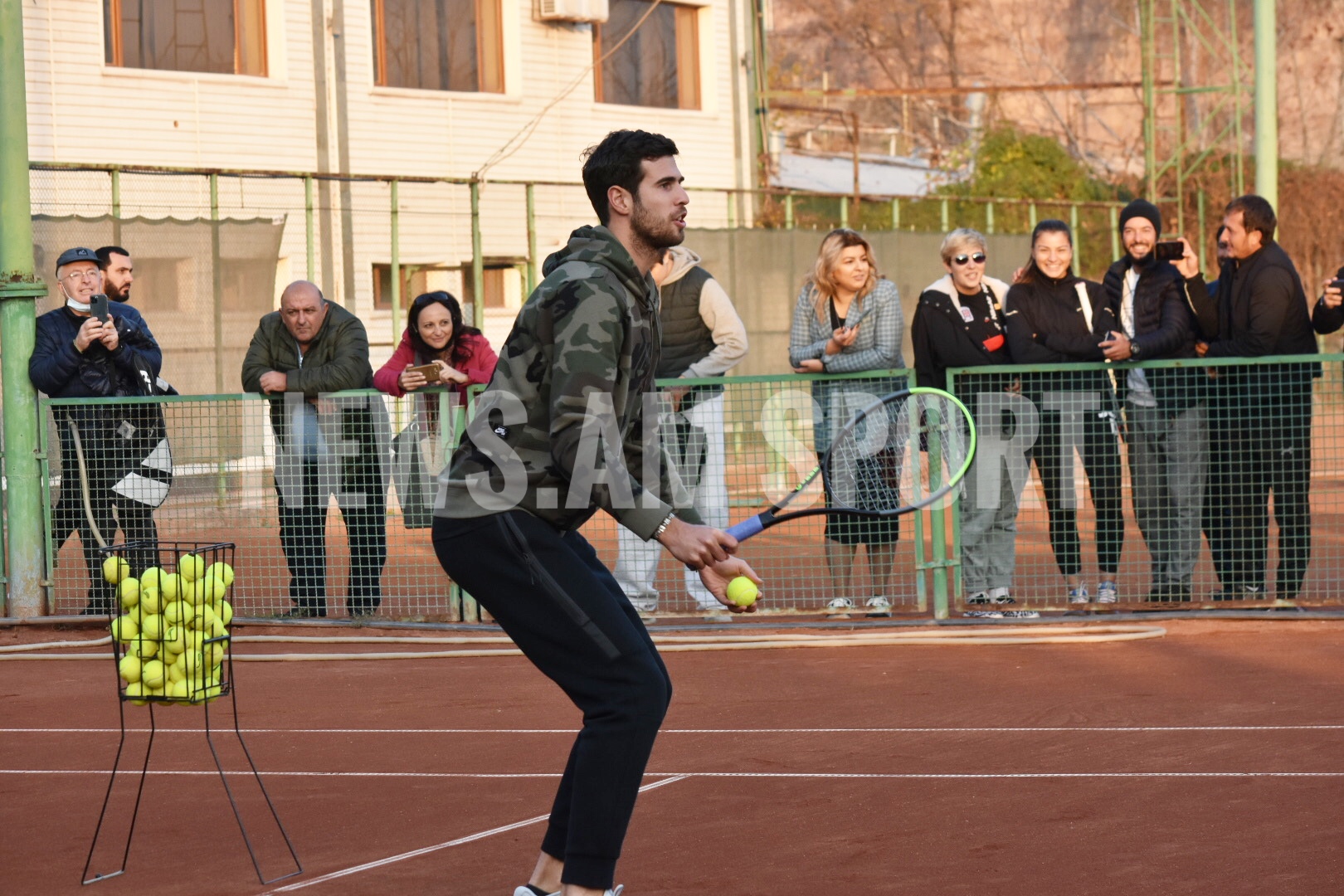 That period was overcome for me after Wimbledon from where I began to feel great self-confidence in my strength on the courts. Although my ranking in the world rankings is lower this year than the previous ones, I consider the year a success, as I have regained my self-confidence on the court and the game I want to play now. After returning from Armenia, I will resume my training and prepare for next year. I do not overestimate myself, I do not rank high, I try to stay firmly on the ground, to be like everyone else; this is being with Karen Khachanov. It’s just that I do not speak or understand Armenian. I know a few words, but if you speak to me in Armenian, honestly, I will not understand," said Karen Khachanov.